Revolunteering: What is its essence?

All this is great, but why do REvolunteering? What is its essence? What is it based on

REvolunteering is not only an idea of co-participation between two or more organizations that want a better society, or between people from these entities or disadvantaged groups who want to take the initiative to alleviate the suffering of others, as they have been on the receiving end of selfless aid from other people and now feel empowered to continue the  “chain”; this is part of a positive and “natural” reaction to their integration into society and undoubtedly revolunteering is a tool that enhances this integration and normalization into the community in which we live and in which we are all a part of, but there is more.

Its eidetic essence comes from the idea that everyone, any human being, can contribute to “others”, however small be the contribution, a part of themselves. Whatever their ethnicity, gender, nationality, religion,… etc.,  we all have something in common: we belong to the same species. Although this seems to be a truism, it’s not if we reflect on the fact that, when watching TV, internet and any other media communication, we see that we are continually being bombarded with news (usually bad news) and programs where we are shown that the cause of many sufferings are due to the supposed irreconcilable differences that exist between us, that in their majority, if not in all the cases, are mental creations without any real value, that we have made up ourselves, through the wonderful human mind and that is mistaken to the see differences where there is only heterogeneity.

We place labels so many things, that we do not see that behind each ideology, skin color, and even soccer team (the list is endless), there is a human being just like you and me, with their joys and sorrows, their dreams and aspirations; it doesn’t matter that the differences between us are external or internal, each person, whatever the situation, has a value themselves. We are all unique within the same species, a unity within diversity.

Revolunteering serves to demonstrate in a practical way what was said above, which has also been said by many ancient philosophies and religions that have come to the same conclusion: the best way to understand the “other”, to see what we have in common, is to develop and practice compassion, and there are thousands of ways to put it into practice. It is through revolunteering that we can realize that there are no “special” people who help and others who are helped. No; everyone, absolutely everyone, is in the same boat.

Surely this is not as easy as it sounds given the current times, but it is certainly worth trying, we must remember that it isn’t a bed of roses… but that is because we are all in the process of planting them.

This message is only visible to admins.

Error: (#10) To use “Page Public Content Access”, your use of this endpoint must be reviewed and approved by Facebook.
Copyright © All Rights Reserved | Serve the City is part of the network Serve the City International 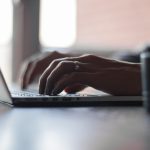 By continuing to use the site, you agree to the use of cookies. más información